Do You Know Where You Can Find Financing for Your Startup? 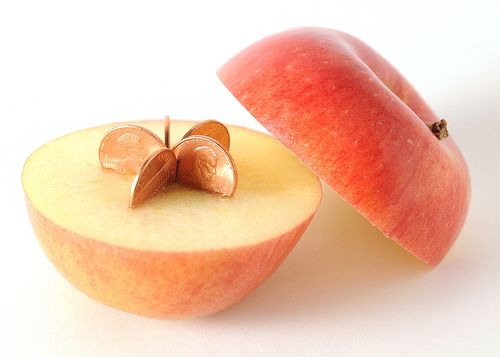 NadieLabs, a Spanish consultancy firm specialized in entrepreneurship and innovation in business models, interviewed me last month. They asked me about how to get funding for a startup. I tried to capture the main financial possibilities that an entrepreneur have when he launch an innovative company. I also try to give clues about how easy or difficult it is to get each financing option. This is the interview:

What options does an entrepreneur with just an idea have?

An idea is far away from being a company and funders only support companies, not ideas. If the entrepreneur only has the idea, the best option is to use his savings to work on his idea, define his business model and develop his product or service, or at least a prototype. Additionally he can try to get money from his relatives and friends, which is known as the 3 F ‘s. FFF’s stands for Family, Friends and Fools. Fools are some “crazies” who are willing to take such a high risk. If you are thinking about borrowing money from the 3 F’s, I recommend to have already established a company and offer them a minority share in the company.

One possibility that has recently emerged is crowdfunding. It consists in asking for money from a crowd of people by promoting your project through internet. Project backers could receive a reward or even shares in exchange. Crowdfunding is very developed in the USA and the UK. Now it is expanding in European countries like Spain. Crowdfunding platforms advertise the projects and raise funds in exchange for a commision. It is a very interesting possibility for some entrepreneurs, for example, those who want to develop games or apps. But not only for them, for those projects which could show something attractive via internet, there is a community of people who would be interested . Moreover, it can be used to develop a first version of the product and test it.

If the entrepreneur has a clear business model and at least one prototype, which type of funding could he get?

Many entrepreneurs think first in public subsidies, but these are limited to small grants for first time business owners and little else. Banks lend only if the entrepreneur offers guarantees. A few financial institutions offer microcredits, which are small loans, usually between 10,000 and 20,000 €.

If the company is clearly innovative, two public entities in recent years are the reference for entrepreneurs in Spain: ENISA and CDTI’s division called Neotec. Both offer loans without needing guaranties. ENISA offers participative loans and Neotec unsecured loans to technology-based companies. There are also other interesting public grants like Innpacto, Avanza, etc. Many projects from every corner of Spain have applied for them, so the competition is high, but at least they are giving funding.

When the entrepreneur has already created his company, if it is innovative and with high growth potential he can look for professional investors. These investors can be business angels or venture capital companies (VC) specialized in early stages companies, also called seed capital funds. Business angels are often businesspersons, executives, successful entrepreneurs who invest their own money in innovative companies that are still in their early stages (called start- ups). Seed capital funds invest in several companies and they sell their shares after several years, with the expectation that they will gain money investing more in business that succeed than in business that don’t. Some VC funds are specialized in investing in startup companies. Both VC funds and business angels try to support startups with their network of contacts and by offering strategic advice derived from their experience.

In general, what kind of projects are more likely to get funding?

It depends on the type of financing you want, but generally speaking, those that are innovative, those that have high growth potential and those that are led by a team (and I stress team) with complementary entrepreneurial skills, have a higher chance. What I mean by good team is that it is made up of people with not only technical skills, but also management, commercial and business development skills. The proximity to the market is also very valuable. A company that already sells, even if it was recently created, will generate more confidence in financiers than others, which have not sold yet. Also, if the company is created with an international focus it would be the cherry on top, especially now that some domestic markets are in the doldrums.

On the other hand, technology-based projects can receive public funding in connection with their R&D.

Finally if you are looking for an investor, you need a viable company as well as a scalable and investable business model. Scalable means that the income of the company can grow much bigger than their costs. Investible means that although the startup is very risky, it has very high earning potential. Investors seek to multiply their investments many times.

How are projects selected?

Public funders establish a set of initial requirements that act as a first filter. Then they analyse certain parameters of the project, depending on the grant announcement. Often they ask for a business plan to analyze its viability , except in specific grant announcement such as R & D, which ask for a detailed project. From what I know these entities have very experienced analysts who follow a rigorous and objective assessment method of the projects to determine which ones pass and which ones won’t.

As for the investors, most of them ask for an executive summary which serves to rule out a very high percentage of requests that come to them. In general they also request a business plan. Among many other things, they want to see the consistency of economic projections. Then each one has their own criteria, but in any case they check if there is a good entrepreneurial team and if it is clearly committed to the project.

In which phase of the startup can we access one kind of financing or another?

To determine the business model we count on the FFF’s and crowdfunding, which at the same time help you to test the interest in your products.

With the company already created, a clear business model and a well-functioning team, you can attempt to access public funding. You will have more possibilities if you already have sales.

On the other hand, we cannot forget banks are also financers. Getting credit is now very difficult, but we hope this situation will change in the future. When it happens, it will be very interesting to obtain short term financing, like bills of exchange, to permit healthy cash flow management.

Finally the dream of many startups is to grow large enough to sell their shares in the stock market. This is almost a utopia for most entrepreneurs in many countries like Spain: The Alternative Investment Market (MAB in Spanish) was created in Spain five years ago, but now only twenty companies have got financing there. That gives an idea of ​​what it takes to get so high up.

Should entrepreneurs who only have an idea think about getting funding?

If they only have an idea, I think the priorities are different: to define their business model and to test it. They also should consider what the right team for their business would be and try to find the right co-founders. Regarding the financing, they should start to research the different possibilities, their preferences … But this can happen a little later, but not much more, when they need to think about financing.

When should you raise money for your startup?

At the beginning of the company’s life it is healthy to do what is called “bootstrapping”, which means starting your company with your own money, trying to sell your products or services as soon as possible. Some projects are obviously more difficult to develop by bootstrapping than others, especially those projects that require developing R&D. Entrepreneurs should never lose a spirit of “bootstraping”  because it implies maintaining austerity, solving problems imaginatively, etc. It helps you avoid the danger of squandering funding quickly when it has just been achieved.

In any case, entrepreneurs should apply for funding when, according to the company’s strategy for growth, they cannot be financed with their own cash flow. In this sense, it is crucial to anticipate this moment by raising money. It requires a long time, much more than most entrepreneurs believe.

Particularly I am sorry that so many startups give up on their own growth because they don’t have enough funding. However, some entrepreneurs prefer to develop their startups until their own money permits them to grow and of course this is an option that is as legitimate as finding investors.

Finally, what do you recommend about funding to someone who is thinking about becoming an entrepreneur? 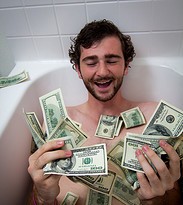 I have developed “The Metaphor of the Tub”, in which I establish the parallel between the creation of a company and a bathtub full of money. At the moment of creation, it is as if the plug was taken away and the tub begins to drain. In my metaphor what drain is the money of the company. I used this to explain how fast the company spends money after its creation and the importance of the financial plan. I consider it very important to plan the financial needs and the sources of funding and to do it in advance, before it is too late. When you create a company crossing the desert usually takes a long time.

On the other hand it is a mistake trying to start a business focused only on financing. The priorities are clients, selling and collecting payments. This is the best financing!

If you want to learn more about the options to finance your startup, you can read my previous post in the category Sources of Funding.

Pictures: “Seed money” by Stewart Jenkins and “Self Portrait” by Carsten Schertzer, taken on Flickr used under a Creative Commons Licence.

If you liked this article or you think it can be useful for your contacts I will appreciate if you to share it on your social networks. Thanks! 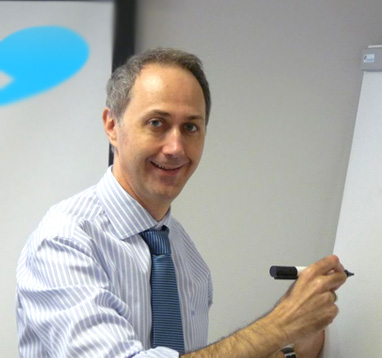