Apple is the Biggest Startup on the Planet

Today I bring you a two-minute video of Steve Jobs. He gives us a lot of tips about how to lead a company. His ideas are just as useful for big companies as they are for startups. In fact, Jobs explains that “Apple is organized like a startup”, the biggest on the planet, of course. END_OF_DOCUMENT_TOKEN_TO_BE_REPLACED

“Do Not Start Your Business to Earn Money, Do It to Change the World”

The above sentence is from Guy Kawasaki, one of the largest marketing specialists in the world, renowned writer , lecturer, entrepreneur and investor. He worked in the eighties as a “technology evangelist” at Apple. His job consisted in building a critical mass of support for the Macintosh and encouraging people to develop software for their computers.

In Kawasaki’s opinion, the key to success as an entrepreneur is to make meaning in your company. END_OF_DOCUMENT_TOKEN_TO_BE_REPLACED 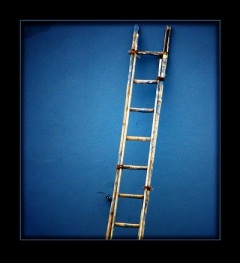 Richard St. John, a brilliant entrepreneur and lecturer at TED, agreed on a plane with a high school student who asked what leads to success. St. John could not give her a good answer. He thought it would be very useful to find out and transmitting it to the young. So over seven years he interviewed over 500 successful people to find out.

St. John condensed the interviews into 8 keys to success and recorded this amazing 3 minutes video. The video is very interesting because it gives examples of successful people explaining each key. Although it is not specifically about startups, it can be very useful to those who are starting an innovative business project. END_OF_DOCUMENT_TOKEN_TO_BE_REPLACED

“The last person [needed in a company] is the HR person. They’re the destroyer of companies.” Don Valentine

Interview of Tom Perkins and Don Valentine. Both venture capitalists founded two of the first VC firms in USA in 1972. Perkins founded Kleiner Perkins Caufield & Byers (KPCB), which invested in more than 500 companies in their fledgling stages, including AOL, Amazon, Citrix, Genentech y Google. Valentine Sequoia Capital, which then invested in Apple, Atari, Cisco, Youtube and others startups.

I want to ask forgiveness from my brother and all my HR friends for publishing this. I don’t completely agree with it, but the explanation the interviewee’s gives is very interesting. Valentine and Perkins were interviewed by TechCrunch Disrupt SF the 11th of September 2013. I have extracted the most interesting portions of this interview.